Jon us a FREE Group Satyanarayana Pooja on

Why do some co-workers seem to ace their performance reviews and easily rise up corporate ranks whilebeing less intelligent or skillful than you?

While Karma is the divine law of past causes creating current happenings, it is not separate from your current thoughts, ideas about yourself, actions and inactions.The problem is that your logical mind makes conception of a 25 Lakh, 50 Lakh or 1 Crore annual salary difficult and nothing more than a whimsical fantasy. You cannot create that which you cannot conceive.

But, your karma isn’t set in stone. You can get beyond it.

Don’t know your birthstar?
Create an account in AstroVed and
Run Your Free ”
Birthstart Report“.

Kick Up Your Success Karma 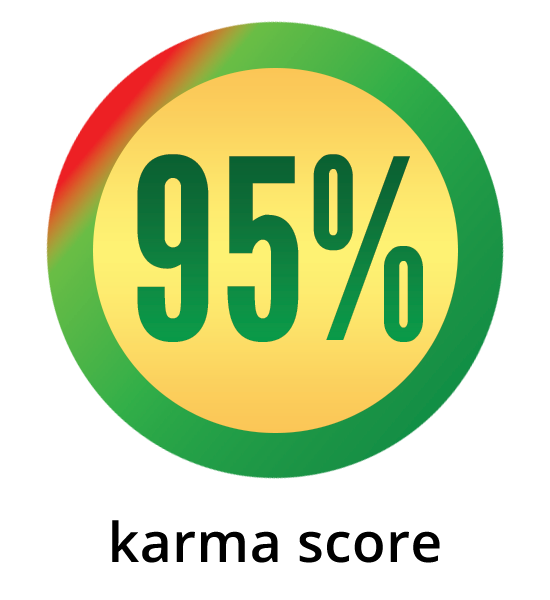 Neuroscientists and psychologists reveal that the rational thought process is just a small fraction of the brain’s full mental capacity! It is often the current thought process that limits us and locks us into a mediocre reality.

Ramanujam, the greatest Tamil mathematician, did not credit genius to his rationalistic mind, but to the subconscious intuitive mind. In The Man who Knew Infinity we get a glimpse into the secrets of his genius.

Both Mark Zuckerberg and Steve Jobs also credited their visionary power and clarity to something greater than the logic-process driven mind. What is this power to which they had to reconnect in order to go from ordinary to extraordinary at Facebook and Apple?

Zuckerberg and Jobs reconnected to a visionary power in the brain in order to build their empires.

Connect to the Extraordinary Part of Your Brain 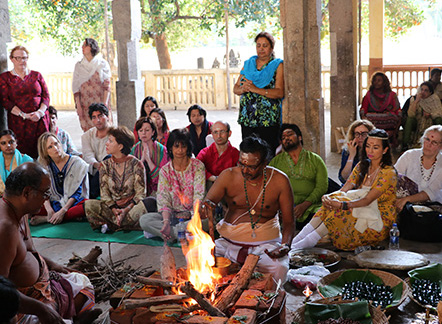 How to reinvigorate the dormant neural networks of your brain to create extraordinary, powerful thoughts that makes you rise above the ordinary?

Through Vedic Sciences, this is possible.

The ancient sages had technologies to bypass planning, steps and cause (the rational mind), and give the effect directly. The quickest solutions come from the ancient, intuitive part of your brain known as the midbrain. This midbrain bypasses logic and repetitive, stuck thinking and gives you the power to instantly attract the objects and circumstances you desire. 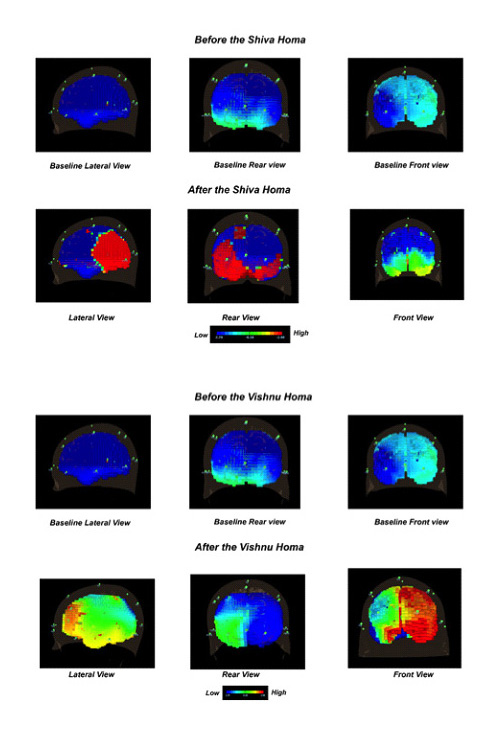 We Help Your Brain Think Better with Vedic Rituals

Throughout our 20-year history in performing homas and Vedic rituals, we know experientially the life improvements possiblethrough the homa, as reported by the participants. Now our brain research studies are revealing how these improvements occur in the brain.

In these two EEG studies of the brain, we examined the brain of a 28 year old software professional who was promoted into business development.

What is remarkable is that the areas of the brain activation dramatically differ between the two fire rituals.

In the Shiva homa, the limbic system and intuitive cerebellum (lower back of brain) had high activation. Whereas the Vishnu homa had greater neural activation in the frontal lobe (decision making) and left brain (logical, mundane) brain. 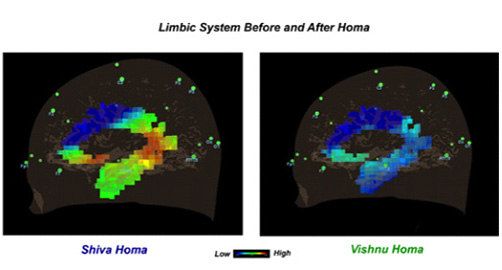 We Bring you to the Source.

If you are not achieving your financial and career goals or have the relationship or health you want, going to the source of the problem and activating the right neurology of your brain is essential.

We invite you, your friends and family all to participate in a Complimentary Live Webcast of our SatyaNarayan Pooja on Tuesday, October 24, 2018 at 7:00 pm (IST). Simply register the name and birth details (nakshatra) below. This is a complimentary invitation for all.

The Satyanarayan Pooja is one of the most sacred hymns to Lord Vishnu. Those who hear the power mantric japam and story telling, activate their brain neurology similar to those shown in our above Vishnu fire ritual EEG study. To gain the most from this sacred, we recommend you watch and listen a few minutes of the mantras and stories during the Live Webcast event, to gain the most changes to your money neural complex.

Click here to Learn more details of the Satyanarayan Pooja.

If you are one of our Radio Mirchi Corporate Event members, don’t forget your 30% off Discount Coupon code from your Flyer! Use this deep discount to get to know your future through an Astrologer consultation, Nadi Astrology or any of our other predictive services to help you to know your future karma! Then start excelling! Career success is one step away.

How and where your money flows into your life is one of the most important questions you can ever ask.

Instant Insight or Prasna Astrology is one of the closely guarded ancient Vedic predicting techniques.

One of the wonders of the world is that you can experience this ancient, divine predictive science of Nadi.