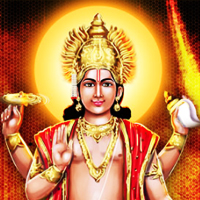 This Mantra or Stotram is dedicated to the Sun god or Surya dev. It’s, in fact, a thanksgiving gesture to the Sun god who sustains life on earth. It is believed to energize the chanter physically and mentally. It has been mentioned in the Yuddha Kanda section of Valmiki’s Ramayana. The Stotram was recited by Sage Agasthya to Lord Rama before he waged war against Ravana, the demon king, who had kidnapped his wife, Sita. By chanting the Mantra, he developed the much-needed mental and physical strength to overcome his enemy. It is also said to enhance immunity and boost morale during hard times. It can give one the confidence to overcome challenges and achieve goals. 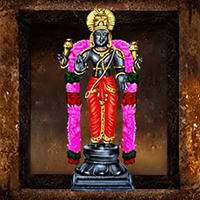 For a Successful and Prosperous Life 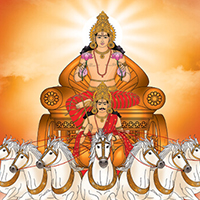 For Victory and Prosperity

Bhagavad Gita Chapter 18: Liberation Through Renunciation and Surrender
May 27 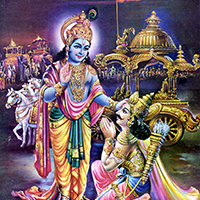 Then Krishna moves on to intellect and resolve and the distinction between the 3 modes.

Bhagavad Gita Chapter 17: Faith and its Nature
May 25 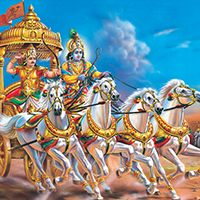 “Faith is intrinsic to human beings, which are Sattvic, Rajasic, and Tamasic in nature.

Bhagavad Gita Chapter 16: Natures – The Divine and Demonic
May 25 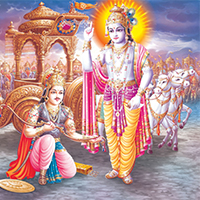 Those who are free of these terrible failings ensure the wellbeing of their souls and reach the supreme goal.