BRING AN EMERGENCY STOP TO YOUR KARMIC SUFFERING

Negative karma is the source of all suffering, hardships, and misfortunes we experience in life.

Although karma is a law of nature, there are remedial measures in the form of spiritual technology that can nullify its influences. Just as modern doctors have created different medications to heal different kinds of sickness, the Ancient Seers have created different remedies to nullify different kinds of karma. Overcoming karmic suffering is an emergency, and to overcome it you need to use the “emergency clinic” of spiritual technology.

“There is an emergency; you have to bring emergency to stop your suffering, whether it is financial suffering, whether it is physical suffering, a disease, or a relationship suffering; you have to stop it immediately; you have to create an emergency, and that is important. Otherwise you will be waiting forever, and you elect to suffer and it is foolish to elect to suffer – there are technologies. So, the Emergency Karma Clinic uses a lot of symbols and rituals. And that’s the reason why I created this Karma Clinic and I want you to try. It is again a scientific process. We have to test it and I want you to test it; just not once, just give it 2 or 3 times before you drop it or keep it. God Bless.”

Get Results NOW with Ganesha

Dr. Pillai has revealed a very powerful Ganesha vortex known as “Ekadasa Vinayagar,” or the 11 Ganeshas, to perform special karma nullifying spiritual technology. The 11 Ganeshas found in this vortex are said to have been installed by Vishnu himself, on the recommendation of Shiva, to reclaim 11 forms of wealth he had lost.

Spiritual technology performed at this power center on your behalf can put a swift end to your negative karma. It is, in a sense, an emergency clinic for karmic suffering.

Note: The rituals are designed to bring in total change in your life. This ritual schedule will be given only on 4th Moon on first come, first serve basis. 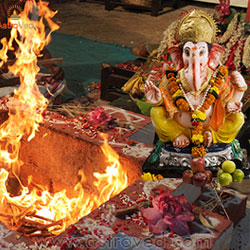 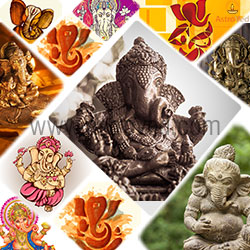 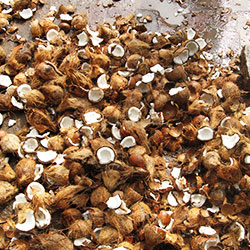 Participate in the Emergency Karma Clinic Package. An individual homa, Abhishekam and archana will be performed to Ganesha at the powerful 11 Ganesha Powerspot. It is considered that Archetype Vishnu, as per the advise from Shiva in order to regain his wealth, installed 11 Ganeshas here, when he lost 11 type of wealth out of the 16.

Ganesha has special powers to remove stubborn karmic blocks in the areas of finance, career, relationship and health. Offering your prayers to Ganesha by mentioning your main problems/obstacles/issues can help you solve your problems.

Note: The rituals are designed to bring in total change in your life, which will be performed only on 4th Moon.

You will receive the sacred grey ash powder from the Fire Lab which will be blessed in the rituals. Keep this on your meditation altar and wear it on your forehead during meditation or at other times to expand the Divine blessings into your life.

The ritual is the carbonization of thoughts. Carbon is our information bearing atoms. The carbon residue (ash) given out as Prasad is to be placed on the third eye area of the participants and carries the blessings of the archetypes invoked. .

Please Note: The domestic shipment of Prasad starts from Chennai, Tamil Nadu, a week after entire set of rituals has been completed.

For international shipping, we regret to inform you that due to the imposition of new lockdown measures in different countries and restricted international flights operation, we are unable to ship Prasad at this time.