“The power and energy are not masculine but feminine. This is the greatest finding of the Yogis of India. Beauty, expansion, fertility, joy, abundance – all these are the qualities of the feminine. Female energy is the most powerful energy.”

Aadi Fridays: Power Days for Multifold Blessings From The Goddess

The Tamil month of Aadi is a divine month filled with power, protection, and spiritual blessings of the Goddess. This month is considered auspicious to invite feminine energy, good fortune, and great opportunities to progress in life. All the 5 Fridays during Aadi are particularly sacred for connecting with the power of the Goddess, the divine feminine Shakti. During this month, the energy radiating from the Supreme Shakti fills the earth plane and can provide you with multifold blessings and the ability to create good things in your life.

Connect With 5 Unique Forms of the Goddess

During the month of Aadi, AstroVed’s special services invoke a unique form of the Goddess on every Aadi Friday, culminating in inviting the powerful raw archetypal energy of Goddess Pratyangira.

On first Goddess Friday, we will be starting the Goddess invocation with mother Lalita Tripura Sundari, the Supreme Divine power who resides in the seed center (Bindu) of the Sri Chakra, the geometric pattern that embodies the Goddess energy. Addressed as the Lady of three Shaktis- Kameshvari (Rudra Shakti), Vajreshi (Vishnu Shakti), and Bhagamalini (Brahma Shakti), scriptures describes Lalita as the embodiment of the powers of creation, protection, and destruction. Connecting with her through the Fire Lab can invoke her blessings for wish-fulfillment, good health, wealth, prosperity, and relief from stress, and sorrows.

On second Goddess Friday, we will be invoking warrior Goddess Durga, whose energy can help remove obstacles and negative energy, and emerge successful in all endeavors. Goddess Durga will be invoked for protection on all levels. As the Mother of the Universe, she represents the infinite power of the universe, and connecting with her and submitting your prayers through the Fire Lab can destroy negativities in the form of fears, enemies, misfortune and grant good health, strength, success and all kinds of merits and virtues.

On the third Friday, you can receive the blessings of the Goddess of all mantras, Mangalambika. The supremely glorious Goddess’ name translates to the one who confers auspiciousness. The consort of Shiva as Kumbeshwarar, who created the entire universe from a sacred pot, is the embodiment of 51 alphabets, 64 art forms, and 36,000 crores (360 billion) Mantra Shakti, called as mantra powers. Invoking her in a sacred Fire Lab can bestow blessings for growth, fulfillment of desires, all kinds of prosperity, and remove poverty.

On the fourth Friday, you have an opportunity to invoke the blessings of the Supreme Goddess Angali, who has the powers to destroy negativity, dispel fear, dissolve sins, and grant overall victory and protection. Goddess Angali is Mother Kali, who can grant supernormal powers. Dr. Pillai says that Goddess Angali is the Goddess who belongs to the Satya Yuga and associated with the highest form of knowledge or wisdom, which is to perform miracles.

On the last Friday, the culmination energy of the Goddess in the form of Pratyangira Devi will be invoked through the sacred fire ceremony. According to scriptures, performing sacred Fire Lab invoking Nikumbala Pratyangira, the ferocious Goddess’ power can destroy the worst evil, whether that negativity takes the form of illness (physical and mental), bad spirits, or delays and sabotage of your efforts. Removal of deeply ingrained negative energy and bestowing multifold happiness and abundance is possible with the Divine intervention of Goddess Pratyangira. 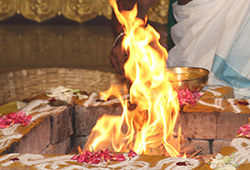 As per sacred texts, this Fire Lab invoke the blessings of the Goddess Lalita Tripura Sundari for wish-fulfillment, good health, wealth, prosperity and relief from stress, and sorrows 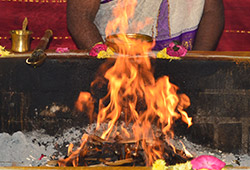 Scriptures hail Durga as a warrior Goddess whose blessings can help overcome physical and mental problems. Performing this Fire Lab can help connect with Goddess Durga to eliminate obstacles and negative energy and attain success in all endeavors 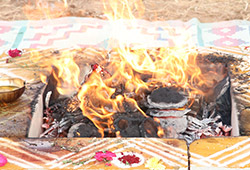 This Goddess is also called as Mangala Nayaki (the one who confers auspiciousness). This sacred Fire lab invokes the blessings of Goddess Mangalambika for invincible power, auspiciousness and to fulfill all your earnest desires 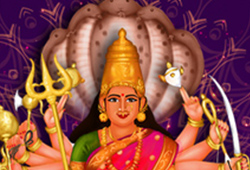 This fire Lab invokes the blessings of Goddess Angali who can destroy negativity, dispels fear, dissolves sins, and grant overall victory and protection 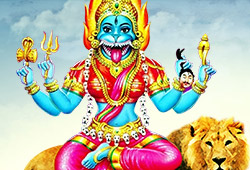 This Fire Lab invokes the ultimate protection Goddess Pratyangira Devi to receive her divine protection and blessings to build a shield of positivity, peace, and prosperity around you 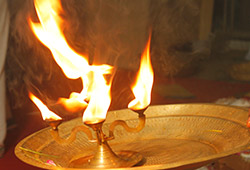 According to Powerspot tradition, performing Pooja to Goddesses at these 5 Powerspots on Fridays can bestow the following blessings: 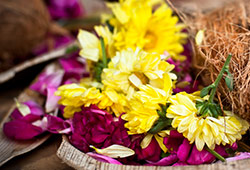 According to the Kerala Powerspot legend, chanting sacred mantras at Kerala Powerspot while offering flowers can strengthen your immune system, increase your vitality, and remove conditions like anemia. It is a traditional belief that this ritual also acts as a wholesome remedy to enhance both physical and psychological endurance 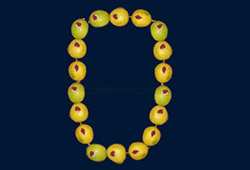 Lemon Garland to Goddess on 5 Aadi Fridays at Kalikambal Powerspot

Lemon has the property to absorb negative energy and cool the fierce Mother Shakti. According to traditional practice, offering a lemon garland to the Goddess can grant prosperity, child boon, relief from diseases, bestow longevity, and wellbeing 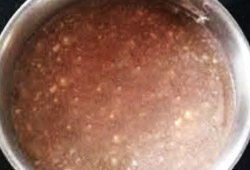 It is a tradition to donate Ragi porridge, which has a cooling property at Powerspot. It is believed that doing so can help you obtain the blessings of the Mother Goddess 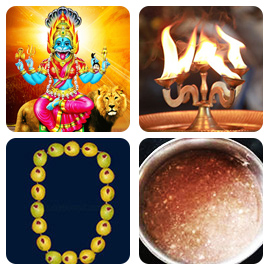 On the last Friday, the culmination energy of the Goddess in the form of Pratyangira Devi will be invoked through the sacred Fire Lab. According to scriptures, performing sacred Fire Lab invoking Nikumbala Pratyangira, the ferocious Goddess’ power can destroy the worst evil, whether that negativity takes the form of illness (physical and mental), bad spirits, or delays and sabotage of your efforts.

You will receive the sacred grey ash powder from the homa and Kum-Kum (Red Vermillion Powder), which will be blessed in the rituals. Keep this on your meditation altar and wear it on your forehead during meditation or at other times to expand the Divine blessings into your life.

Please Note: Your Prasad will be shipped one week after the entire set of rituals is performed from Chennai, Tamil Nadu. For international shipping, please allow 2 – 4 weeks for delivery.