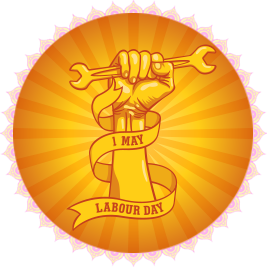 May day, An Introduction

It is The International Workers’ Day, which is commonly referred to as May day. Also known as the Labour Day in some places, it is celebrated on 1st of May and this is the reason for its name, May Day. This is promoted by the International Labour Movement as a celebration of the working class. This day is declared as a national holiday in many great countries of the world.

History of May Day 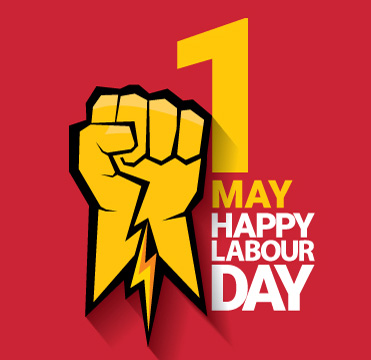 It is a strange fact that May Day originated in America, considered a capitalist country and not in any labour oriented communist countries. The working conditions of the labour class used to be quite bad even in the 19th century, when many of them had to work for anything between 10 to 16 hours a day, that too in inhospitable and unsafe conditions. Not only workplace injuries, but loss of limbs and even deaths were common then. The struggle for lessening the daily working hours began even in the 1860s, it but took more than 20 years for the efforts to see some sort of success. The workers’ body called The Federation of Organized Trades and Labour Unions held its national convention in Chicago, America in 1884 and declared that ‘eight hours will be a legal day’s labour from 1st May 1886’. Still, this was more a demand of the workforce alone and didn’t have the sanction of the employers. It is this, that grew gradually into the present day’s well-accepted Labour Day.

However, there is another theory regarding the origin of the May Day. It was 4th May, 1886 when a rally was held at the Haymarket Square in Chicago in support of the workers who were striking work, demanding an eight-hour work day and also to protest against the death of many workers in police action, on the previous day. But there was a bomb blast in the gathering which killed many policemen and others. 1st of May was chosen subsequently by the Socialist and Communist parties as The International Worker’s Day or the May Day, only to commemorate this Haymarket tragedy. Later in 1904, the Sixth Conference of the Second International appealed to all Social Democratic Organizations and Trade Unions of all the nations to demonstrate on May 1st for establishing the eight-hour work day and getting it a legal sanction.

Thus was born the May Day, which grew in significance over time and spread to most parts of the world. Today, May Day remains a public holiday in many countries of the world. However there still are some countries which observe Labour Days on other dates that hold specific significance to them. America is one such, where the Labour Day is celebrated on the 1st Monday of September.

Incidentally, May Day also refers to the ancient spring festival celebrated in the northern hemisphere on 1st of May. Singing, dancing and distribution of cakes mark the occasion, which is also a holiday.

What is May Day and why is it celebrated? What is the history behind May Day? What is the significance of May day? Why is May 1 celebrated as Labour Day? When did May Day begin?

Observance of May day has remained a rallying point for all the socialist and communist groups since long. Hence this day remains as the most important holiday in all the communist countries of the world, like Russia, China, North Korea, and Cuba. Grand celebrations mark the day in the capital and at many other places in these countries, where large worker parades are held. Display of military power and cultural heritage are also done then.

May Day is a public holiday in India too, when programmes focusing on the workforce and their welfare are conducted in many of the organizations. It also remains as an occasion when the Trade Union members and workmen gather together, exchange pleasantries and discuss issues of common concern.