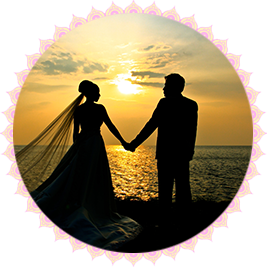 Valentine’s Day is an occasion dedicated to love. It remains as a day of expression of romantic love. It is celebrated with fanfare throughout the world on 14th of February, when people reach out to their partners and love-interests in various ways. While people cutting across age and national boundaries observe this day with interest, the young belonging to both the genders celebrate this enthusiastically as the festival of love. 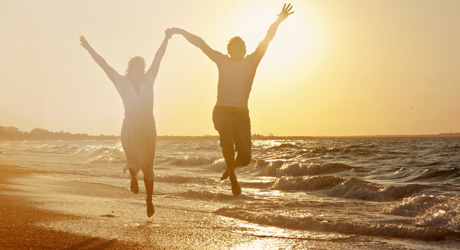 Valentine’s Day remains essentially as a social celebration and an occasion for exchanging of bonhomie. However, it may be of surprise to know that its origin is actually steeped in religion. It is believed that the day is dedicated to the memory of a saint whose name was Valentine. Hence it used to be called originally as Saint Valentine’s Day or the Feast of Saint Valentine. It is said to have begun as a Western Christian Feast Day. Also, there were many saints by the same name of Valentine and this day is said to have originated in memory and honour of all of them. It was much later, only in the middle ages that this solemn day got linked with love and romance, and that too happened due to a strange reason.

The saints bearing the name of Valentine, who were referred to here, were principally, the Valentine of Rome and the Valentine of Terni. They both were martyrs. While the former martyred in 269 AD and the latter, in 273 AD. Legends also speak about a third Valentine in this regard, who got martyred in Africa and it is in reverence to all these three saints that 14th of February came to be observed as the Saint Valentine’s day.

It was only at the end of the 14th century that this solemn religious observance came to be associated with romantic love and started assuming the proportions of a merry celebration. It was a poet by name Geoffrey Chaucer who penned a poem in 1382 to celebrate the first engagement anniversary of king Richard II of England and princess Anne of Bohemia. It was in that poem that a mention was made about the Valentine’s Day and that it was then that the birds came in search of their mates. An impression, actually a mistaken one only, soon gained ground that the poet was referring only to the Valentine’s Day of 14th February and that it was only that day when lovers will go looking for their love interests and mates.

The idea caught on quite fast and soon, this occasion began to be regarded as the day dedicated to love. It is said that in 1400 AD, the French king issued The Charter of the Court of Love, which described 14th of February as the annual celebration of love and this is regarded as the first documentary record of the Valentine Day’s observation as a day of love. Then there was no looking back, as Valentine’s Day slowly assumed global proportions, travelling across continents, races and classes of people.

Valentine’s Day is observed all over the world as the occasion of celebration of love. Images of the heart in pink or red and also cupid, the God of love are used as the most common symbols of the day. People express their love to their life partners and lovers by greeting them in person, presenting them with flowers and gifts, going out with them and having feasts. Sending Valentine Day cards has become an extremely popular activity all over the world, during which millions of such beautifully and exclusively designed cards are exchanged between people who are in a love relationship.

The positive dynamic power of loving relationships, great partnerships and committed gatherings are some of the most memorable and happiest moments in life...

There is a popular phrase that states that the "Men are from Mars and the Women are from Venus". Women are the emerging power now and ...

Yantras are great cosmic conductors of energy, an antenna of Nature, a powerful tool for harmony, prosperity, success, good health, yoga and meditation...