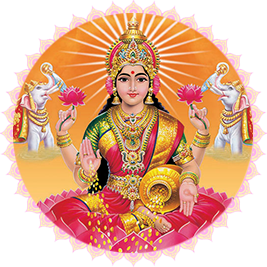 What is Lakshmi Puja?

Lakshmi Pooja is a Hindu religious festival that falls on the Purnima (full moon day) of Shukla Paksha (Light fortnight) in the Hindu calendar month of Ashwin, the third day of Tihar or Diwali. Lakshmi Puja is the worship of the goddess of wealth. On this day, most Indians and many businessmen to begin a new ledger of profit and loss, for the upcoming New Year by invoking her blessings for peace, wealth and prosperity. Lakshmi Pooja consists of a combined Pooja of five deities, including Lord Ganesha and Goddess Lakshmi in three forms – Mahalakshmi, the goddess of wealth, Maha Saraswati the goddess of learning, and Maha Kalii. Kubera , the treasurer in heaven is also worshipped.

The significance of Lakshmi Puja 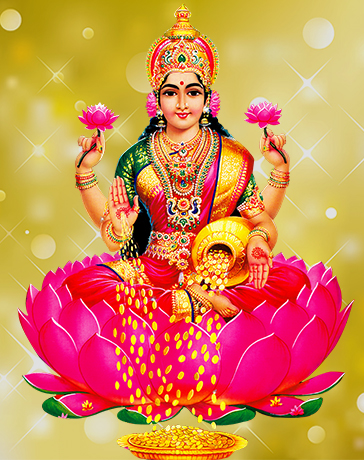 Lakshmi Pooja is performed to appease Goddess Lakshmi and thank her for the blessings received. On the auspicious day of Diwali, Lakshmi the goddess of wealth and Vishnu's wife, bestows gifts and blessings upon her devotees. Devotees welcome the Goddess by cleaning up their houses, beautifying them with finery and lights, and making sweet treats and delicacies as offerings. Goddess Lakshmi is worshipped for promotion, success and personal virtues. Pooja is performed for prosperity, material abundance, spiritual knowledge and to remove troubles. Goddess Lakshmi is revered on the day of Diwali with religious rituals and ceremonies especially devoted to her.

On the day of Lakshmi Pooja, people purchase gold and silver, gemstones, new copper, brass and bronze utensils as a sign of good luck, prosperity, money and wealth. Wearing new clothes also signifies casting off the old and ushering in the new. People also clean up their houses in a gesture to attract Goddess Lakshmi. Decorating the house with candles and lamps and bursting of firecrackers are gestures which are said to welcome and propitiate the Goddess.

'Luck' is an element of positivity that drives in success, happiness and prosperity into your life. The bracing breeze of luck brings...